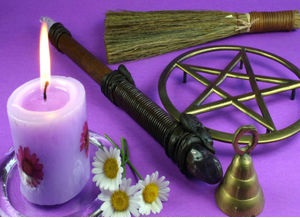 I've recently been told by one of my regular clients that when ever I cast for her, the result is obvious and immediate and she's really happy with the results but then after just a few days, a week perhaps, things seem to have slipped back a little so that they're more like the way there were before and then she finds that she'll buy the cast again and after I do it, the exact same thing. Fantastic results but then sadly slipping back to how things were before in just a week.

Now, to my way of thinking, it's not fair for someone to have to have the same thing cast for them over and over and they're paying the full rate because yes, there's just as much work going in to the cast but as a natural empath, the more times I've linked in with you on a personal level, the easier it becomes.

So...here's what I have decided. No matter what it was that I cast for you (even if you were having four or five spells cast on the same night, if you want any of them cast again for you (if the results have slipped back a little) then I can cast any or all of them again for you and the cost of each one is half price - only £5.

This is not some kind of limited offer thing. This is a permenant change for the better so in future, should you find that you would like a spell cast again for you that I cast before, you simply buy this and then send me an email to [email protected] and all I should need is the title of the spell that needs casting and any names that may be involved, for instance if you were after a luck spell for your son or a passion spell involving your partner etc.

I should have all  of your details still saved from before but just to be on the safe side, if you could plese include these details;

Your date of birth

What you do for a living

Your hobbies and interests

Details of who you live with, including pets.

All of these same details (or as many as you can give) for anyone that the spell involves.

I will then reply tpo your email so you're sure that I've received it and I'll tell you when I plan to cast for you and why I chose that particular time and of course I'll also be able to tell you when you can expect to hear from me next.