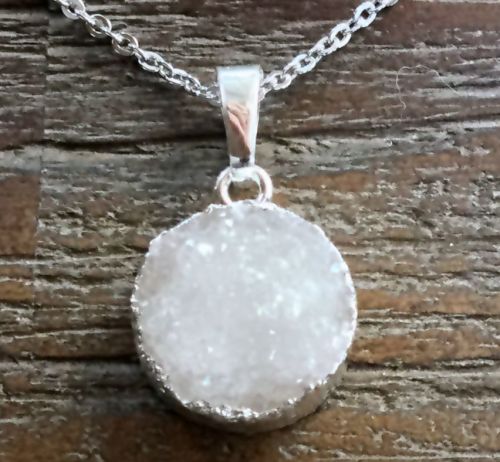 Charmed amulets are now available and these ones cost £35 each inclusive of postage to anywhere in the world. They are crystals set on silver chains and come gift boxed with some of the dead sea salts used during the spell casting process for the purpose of recharging them. Full instructions of how to wear and recharge your amulet are also included.

The releaseIntense Emotions spell is cast on a tiny Snow Quartz crystal. Snow quartz can be used to stop emotions from overflowing, to control emotional outbursts. It's ideal for people who are highly strung, and often left there emotions run away from them. Snow quartz can freeze emotions and allow them to consolidate, so by casting the release intense emotions spel loss on this particular crystal, the power of the spell cast is increased further in this amulet.